Impinj is pleased to announce the E910 RAIN RFID reader chip, an extension to the E-family of reader chips introduced a year ago. Since then, more than 100 new products have been developed and/or marketed using it.

The Impinj E910 RAIN RFID reader chip sets a new performance benchmark for the Impinj E family of reader chips and is designed for the next generation of enterprise readers.

The E910 reader chip can quickly and reliably detect and authenticate a wide range of objects connected to the Internet of Things; such as clothing, pallets, airline luggage and car parts. The Impinj E910 reader chip delivers the industry-leading performance, low power consumption and ease of use required for loss prevention, inventory management and supply chain automation solutions.

"The Impinj E910 reader chip will shepard in a new era of RAIN RFID applications that connect trillions of everyday objects," said Chris Diorio, co-founder and CEO of Impinj. "The E910 is the most integrated, easy-to-use and sensitive reader chip on the market today, unlocking RAIN RFID applications in retail, supply chain and logistics, automotive, aviation and countless other market segments and opportunities." 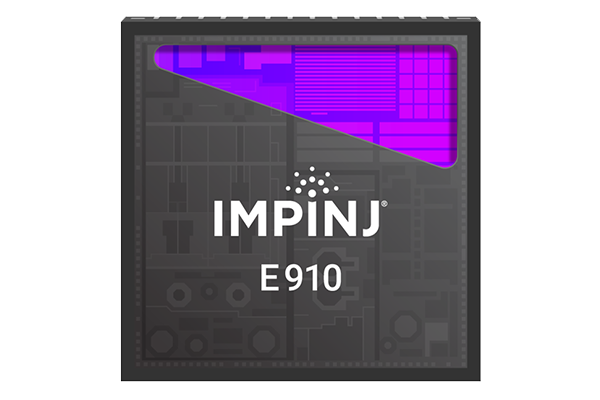 Do you want more information about the Impinj E910 RAIN RFID reader chip, please contact us.

We are proud to work with